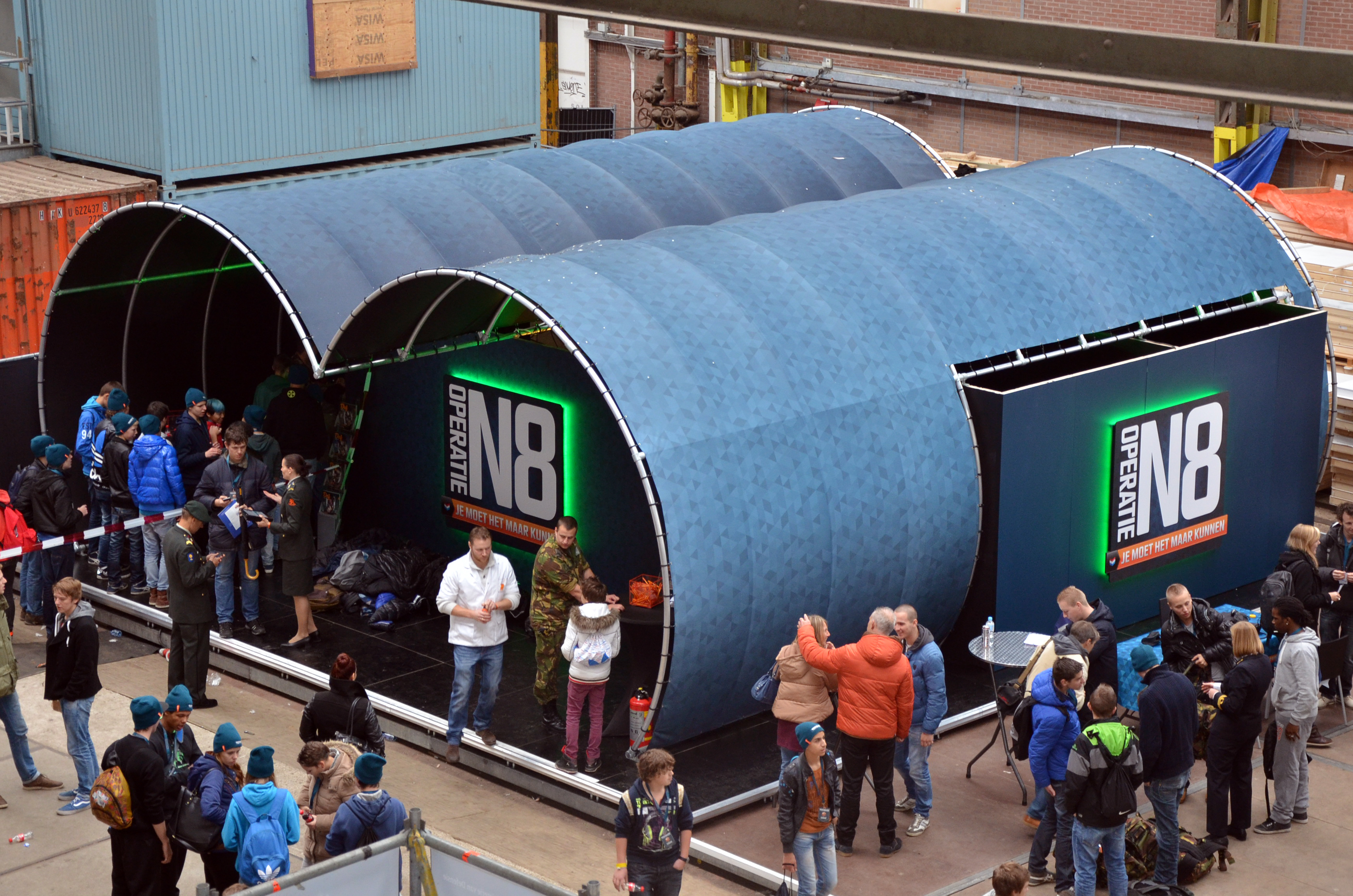 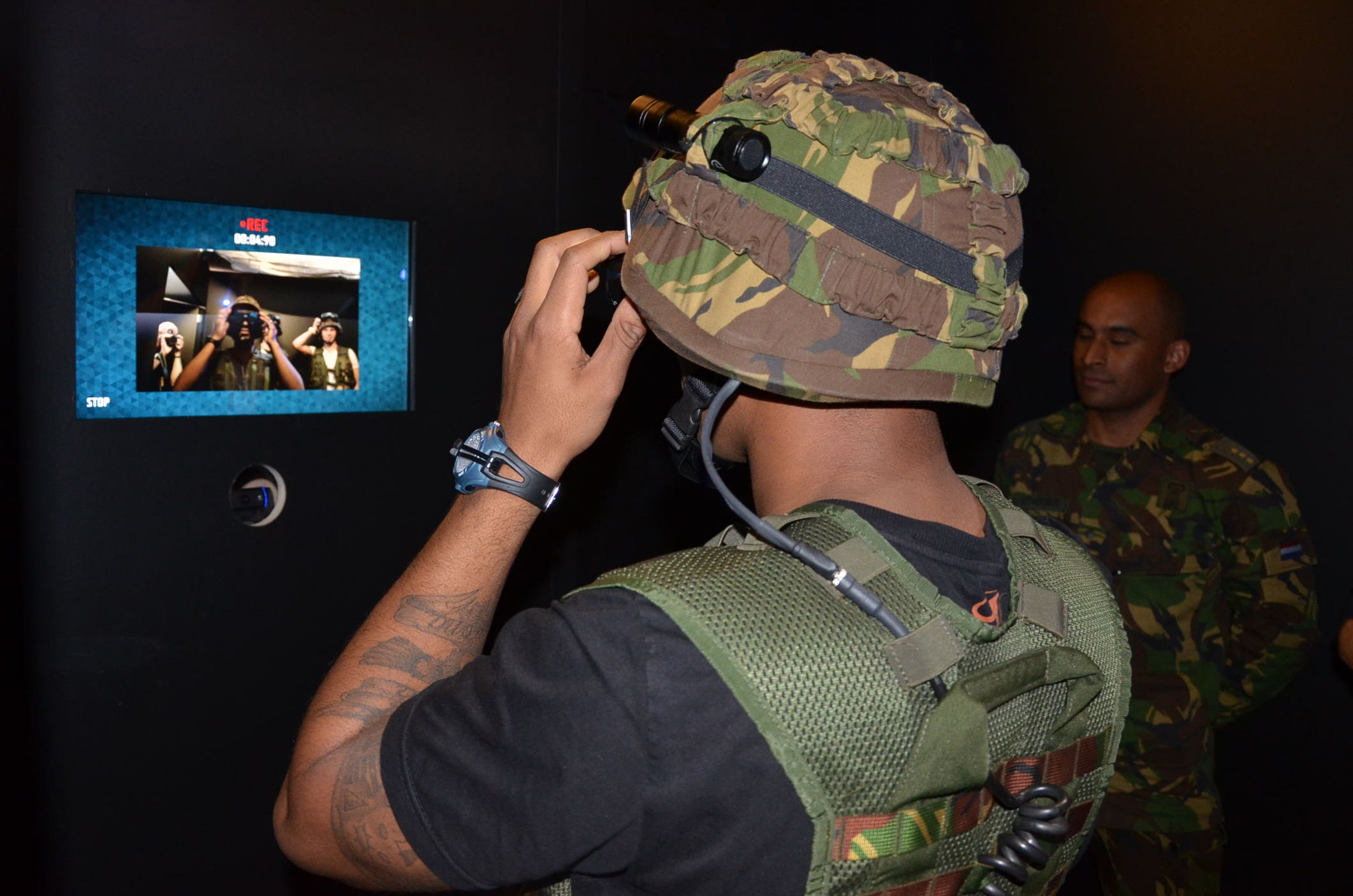 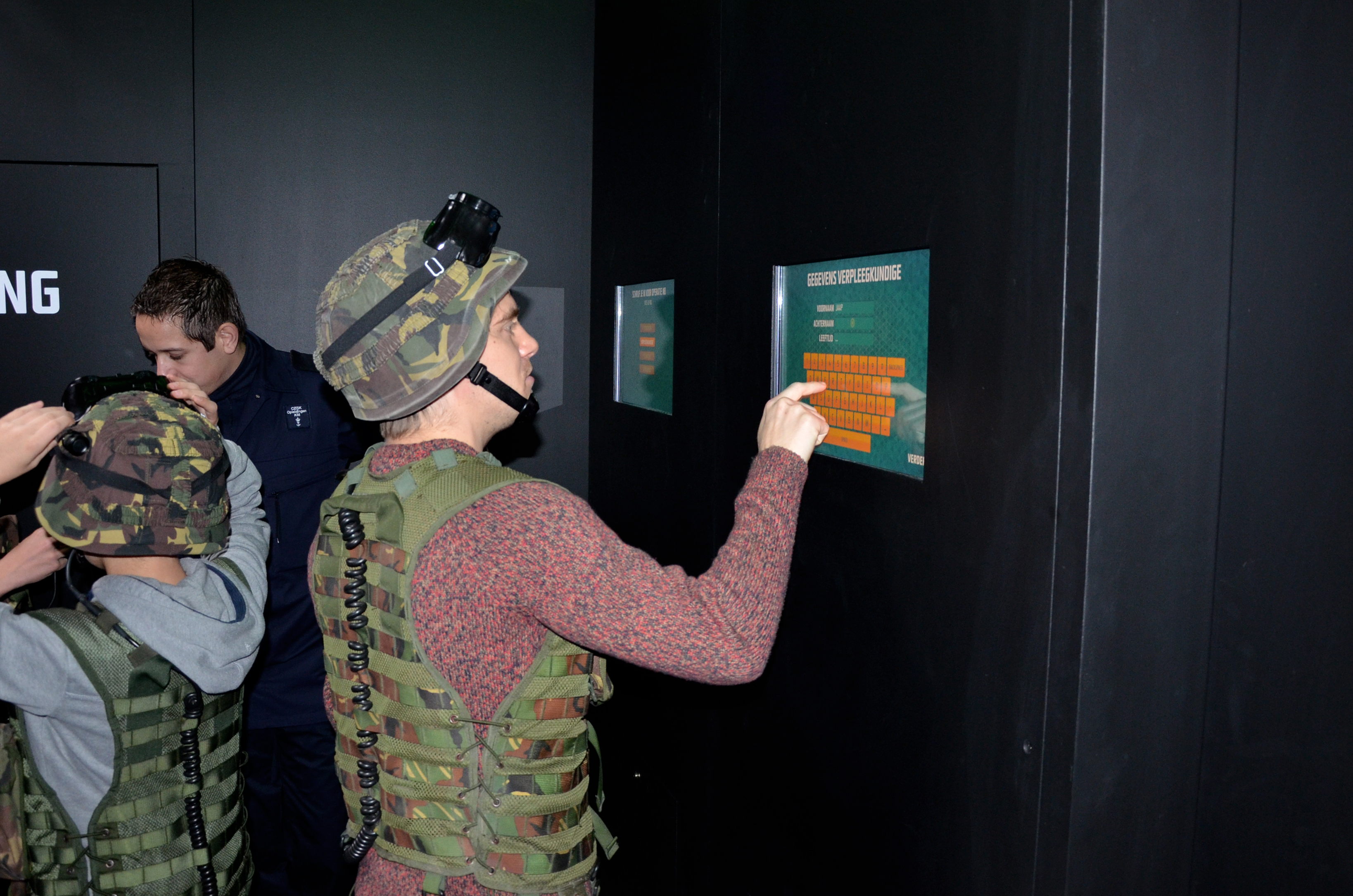 After a briefing in a fully dark space where the only way to see is to turn on the night vision the team goes into the space and has 5 minutes to complete a mission. To recruit new members of the Dutch armed forces Bitmove created a new job fair concept for the Ministry of Defence in collaboration with Steam. Visitors to job fairs are immersed in the world of the armed forces by participating in an exhilarating and immersive game. Teams of four are formed in the line-up to the experience. Each team needs a team leader, a medic, a technician and an explorer. As soon as a team is formed each member gets a military vest and helmet with night vision.

After registering the team goes into the dark space not knowing what will happen. Each player has a different task that challenges them physically as well as mentally and shows why working for the Dutch armed forces is versatile and exciting. Not only individual achievements but also teamwork is an important part of the experience. At the end of the game a video of the team is recorded and edited into a montage of the mission. The experience is a great and innovative way for recruiters to start talking about different positions within the Dutch armed forces.

Scroll down for more details